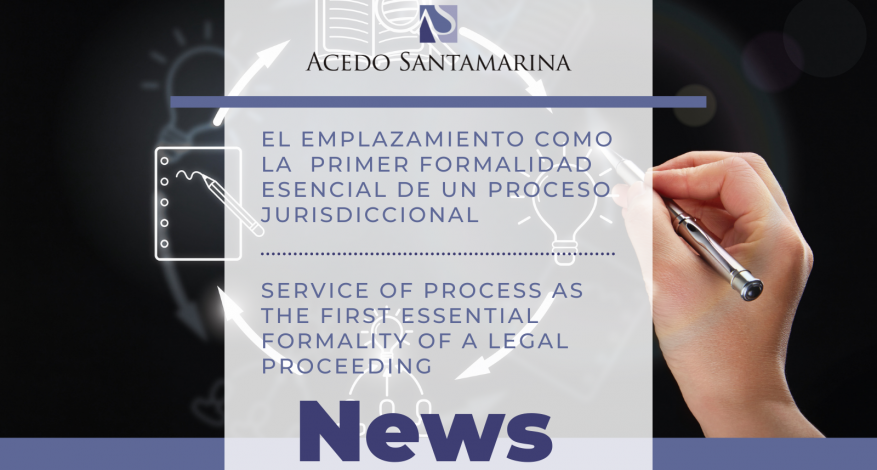 Mexican law provides several requirements intended to ensure the fundamental rights to an audience and due process recognized by the Political Constitution of the United Mexican States. In such manner, any person is prevented from being in a state of defenselessness in the face of legal proceedings involving the exercise of the punitive power of the State.

Service of process is the first essential formality of a legal proceeding. Through it, the authority notifies the defendant about (i) the existence of a lawsuit filed against him, (ii) the lawsuit and the documents attached to it, and (iii) the term granted to answer the claim.

Recently, the First Chamber of Mexico’s Supreme Court published a case law where it is evidenced the importance of conducting service of process in strict compliance with all the formalities foreseen in law.

In one of its most recent criteria, the First Chamber held that to ensure the defendant had the possibility to exercise fully his rights of defense, it is necessary that he had complete and certain knowledge of the claims filed against him and of the documents on which plaintiff bases his action. In that regard, the Supreme Court considered that service of process is legal only if the notifier certifies in the corresponding minute that the documents attached to the lawsuit were delivered to the defendant and describes each one of them. According to the First Chamber, if the notifier did not specify in the summons minute, the documents that were attached to the lawsuit, then, considering that the lack of service of process or its deficient realization is the most significant proceeding violation, the diligence must be annulled, and it must be repeated to prevent a state of defenselessness for any part of the proceeding.

In another case law, the First Chamber of Supreme Court considered that the fifth paragraph of Article 1070 of the Mexican Commercial Code was unconstitutional since it violates the guarantees of legality and due process. Article 1070 allows to carry out service of process of the defendant by publishing edicts in newspapers without prior investigation of its domicile, in the event that the service of process has been attempted at the domicile agreed in the document that supports the plaintiff’s claim, resulting such domicile wrong or incorrect. The Supreme Court pointed out that is the duty of the courts to investigate as far as possible the defendant’s correct domicile before ordering service of process by edicts since such alternative must be the last remedy to fulfill the obligation to communicate to the defendant, the existence of a legal proceeding filed against him.