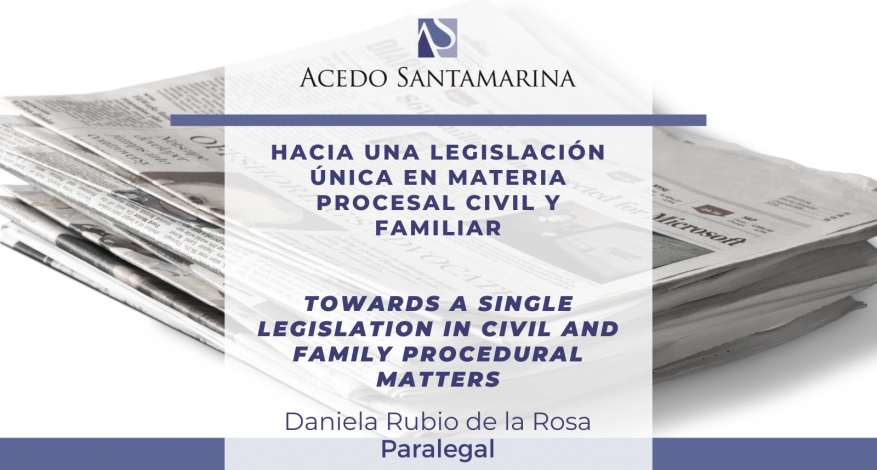 Towards a single legislation in civil and family procedural matters

On June 6th, 2018, the District Court issued a judgment dismissing the “amparo” lawsuit considering that the plaintiff had not accredited its legitimate interest; however, upon resolving the appeal for review filed by the BMA, the Fourth Collegiate Court in Administrative Matters of the First Circuit revoked the judgment considering that the District Court in Administrative Matters lacked jurisdiction. Subsequently, the “amparo” lawsuit was referred to the Eighth District Court in Civil Matters in Mexico City, being so that on June the 28th, 2019, the judgment was issued in which the “amparo” was granted to the effect that the Mexican Congress:

a) Issue national legislation on civil and family procedural matters within a period of no more than 180 days.

b) Comply with the second transitory article of the Decree of Constitutional Reform, adjusting federal and general laws to the amendments made to Sections 16 and 17 of the Federal Constitution.

The Chamber of Deputies and the Chamber of Senators of the National Congress filed appeals for review, which were referred to the Tenth Collegiate Court in Civil Matters of the First Circuit; however, on September 29th, 2020, the First Chamber of the Supreme Court of Justice of the Nation reassumed its original jurisdiction to hear the appeal for review, since it had to determine the constitutionality of the omission to issue or reform federal regulations. Among the issues that were analyzed by the First Chamber while hearing Amparo en Revisión 265/2020 are the following:

The Supreme Court of Justice of Mexico resolved the Amparo on Review concluding that the BMA had a legitimate interest to file the amparo lawsuit and that the legislative omissions incurred by the Congress precisely violated the BMA’s human right of access to justice in its collective aspect.

The First Chamber stated in the judgment that the Congress had to issue the National Code of Civil and Family Procedures and adapt the general and federal laws before April 30th, 2022. However, the Congress of the Union requested an extension and, according to the Senate of the Republic, within the first days of September 2022 it would approve the single legislation on civil and family procedural matters. However, it is likely that once again there will be a delay due to the great amount of work involved, including the forums that are being held in the different states of the country to homologate rules, terms and procedural criteria.

Undoubtedly, the creation of a National Code of Civil and Family Procedures is a complicated task, because if it is not properly legislated, it could lead to certain legal insecurity and violations of human rights, thus distancing us from the guarantee and protection of fundamental rights that our Constitution seeks to provide. 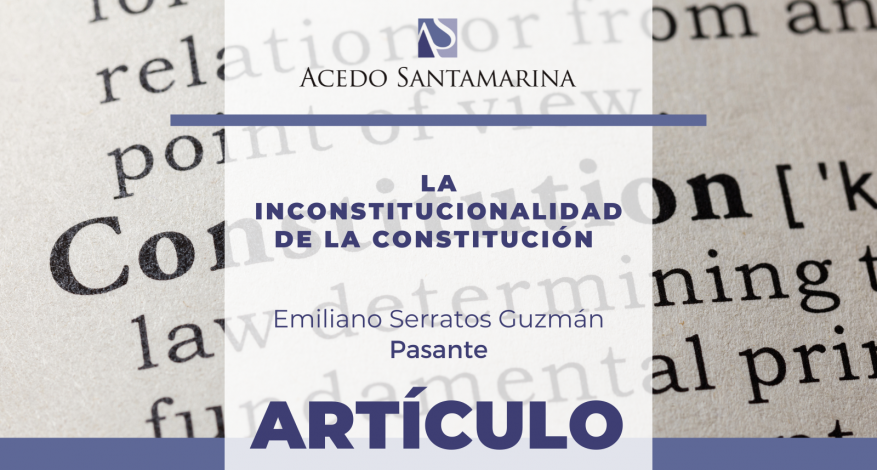 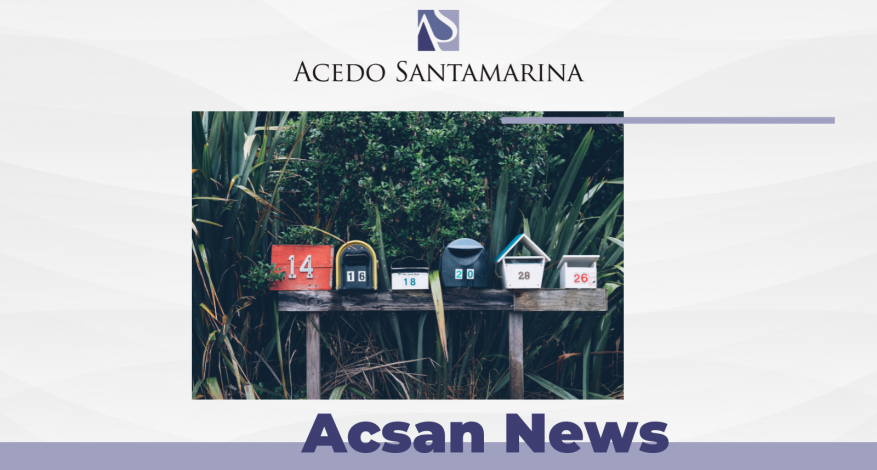 Please find the link to the September’s ACSAN NEWS: https://sh1.sendinblue.com/vxutbdhtxpfe.html?t=1662380602