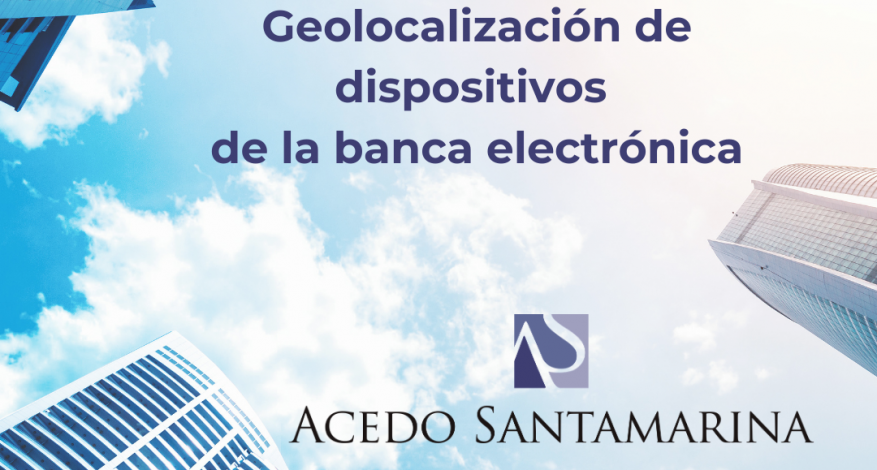 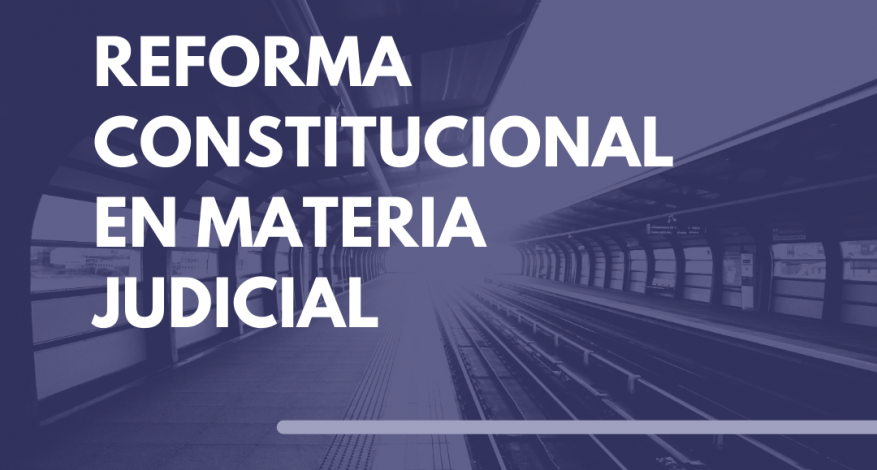 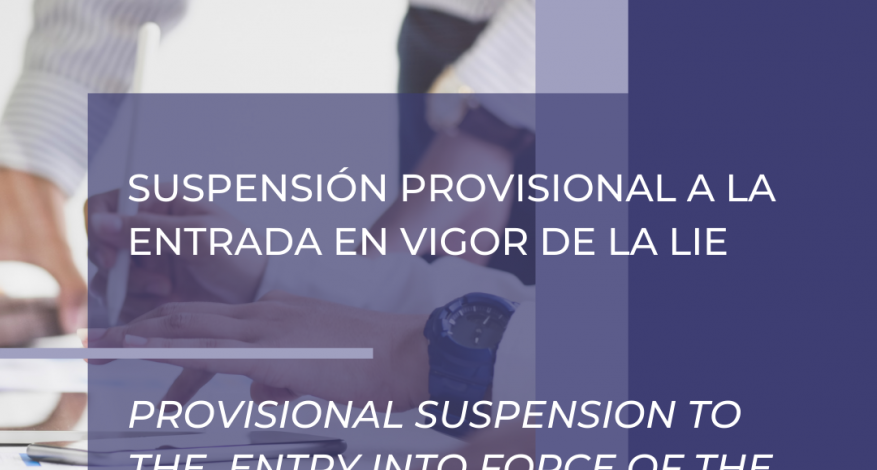 Following up on our latest note related to the recent reform to the Electricity Industry Law that came into effect on March 10th, 2021, we hereby inform you that today, March 11th, 2021, the Second Judge in administrative matters specialized in Economic Competition, Broadcasting and Telecommunications, granted a provisional suspension to the entry into force of the decree to reform the aforementioned Law.

Although this suspension was granted to the complainant, the company “Parque Solar Orejana”, the court ruling established that in order to avoid distortions in the electricity market, the provisional suspension will be applicable to all participants of the “Wholesale Electricity Market”.

We will continue to inform you about the evolution of this and other legal consequences that derive from the decree to reform the Electricity Industry Law. 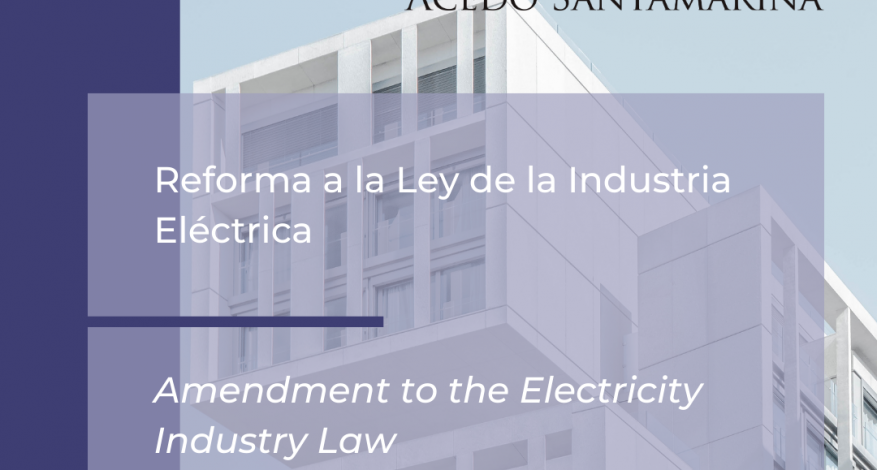 Amendment to the Electricity Industry Law.

The relevant aspects of the Decree focus on introducing new figures that will have direct consequences for the energy sector and the Mexican economy, which are: (i) Vested Electric Power Plant[1]; (ii) Electricity coverage contract and its modality with a physical delivery commitment; and (iii) Vesting contract for basic supply.

In general terms, these figures give preference to the consumption of electrical energy generated (hydroelectric and fuels) by the CFE and secondly, the energy generated by private investment (wind, solar, and combined cycle). Likewise, this Decree eliminates the obligation to carry out energy auctions that allowed individuals greater competitiveness to supply energy to the CFE.

On the other hand, the approval of the new electricity generation permits will be subject to the criteria of the Ministry of Energy (hereinafter “SENER” as per its Spanish abbreviation) and the National Electric System, as well as there will be greater freedom for the granting of Green-Energy Certificates (“CELs” as per its Spanish abbreviation), a situation that could cause a loss in its market value.

To materialize these changes, the Decree, within 6 months after the entry into force, orders SENER, the Energy Regulatory Commission (hereinafter “CRE“, as per its Spanish abbreviation) and the National Center of Energy Control, to modify and align with the Decree the provisions of electrical energy contained in the agreements, resolutions, guidelines, policies, criteria, manuals and other instruments that they have issued.

Likewise, it gives the CRE the power to (i) revoke the current self-supply permits that have been granted or processed fraudulently and under the Electric Energy Public Service Law; and to (ii) review the profitability and legality of the generation contracts of private producers.

It is relevant to distinguish that the electrical industry plays an important role in the climate change that we are experiencing. It seems that the consequences of the Decree will not allow a complete proactive collaboration between the public and private sectors that could mitigate price volatility and reduce CO2 emissions to the environment. We will follow up on the reactions and legal consequences that derive from this reform and will inform you promptly. In Acedo Santamarina we remain at your service for any query in relation to the Decree.

[1] Which is defined as a power plant that is not included in a permit to generate electricity, which is owned by the State and whose construction and delivery is independent of its financing modality. 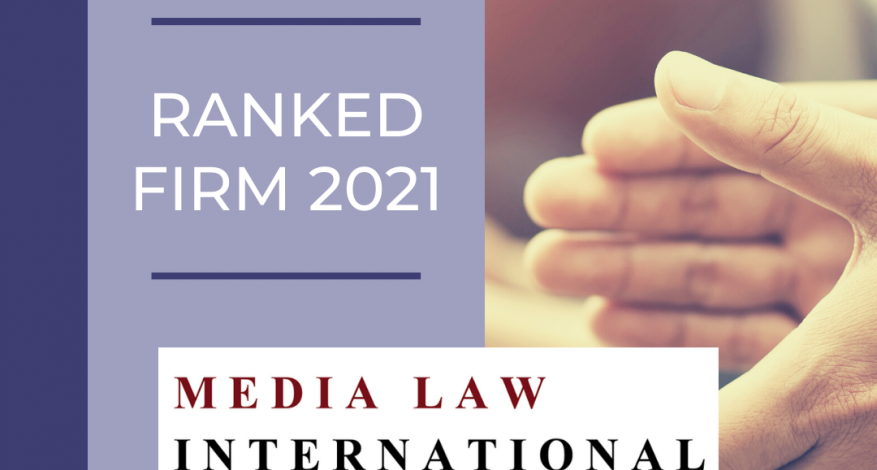 We are pleased to announce that our firm has been ranked by the legal ranking INTERNATIONAL MEDIA LAW.

¡Congratulations to out great team! 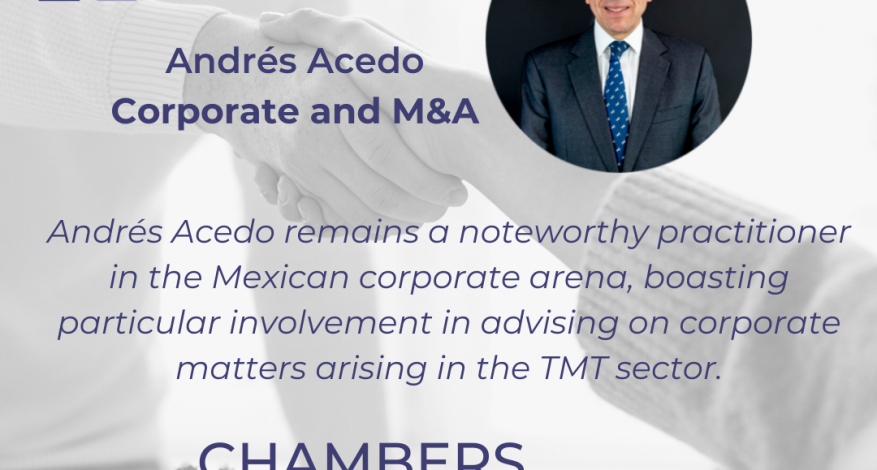