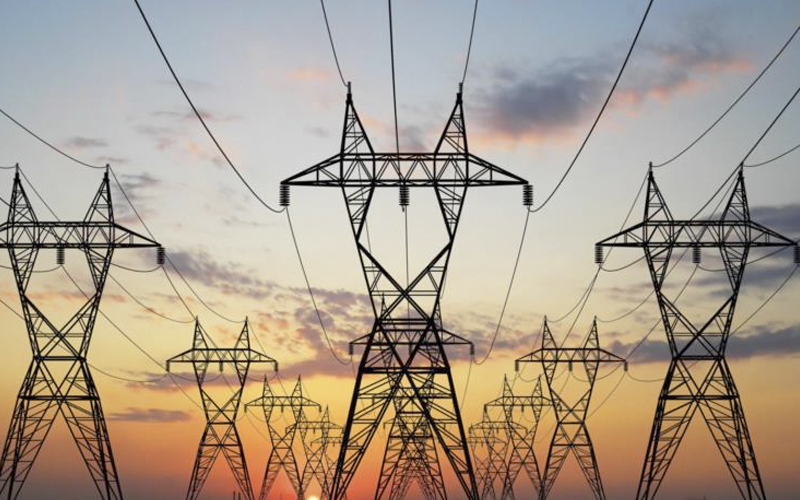 Approval of the General Administrative Provisions to allow telecommunications industry service providers access to facilities and rights of way of the National Electric System.

Through the approval of the Provisions, the CRE seeks to promote fair and transparent competition, allowing the Telecommunications Services Providers (“TSP”) access to  more than 11 million poles of the Federal Electricity Commission (“CFE”), which in principle will result in an increase in the coverage of telecommunications services.

Different to the access conditions that currently operate according to the guidelines issued by the CFE, in which the only considered criteria is the number of cables that can be deployed. With the new Provisions, the access to the CFE poles is based on objective criteria based on the weight and space that will take up the infrastructure installed by the TSPs on both sides of the pole, which will allow the installation of a greater number of cables.

Likewise, the contributions to be paid now by PSTs for the use of the poles will be based on the weight of the infrastructure installed in them.

According to the Provisions, the CFE’s distribution department shall create an electronic system to deal with requests for access to poles in an agile and expeditious manner, through clear procedures and defined timeframes, which shall facilitate the procedures for TSPs and provide them with certainty in their requests.

The Provisions seek to ensure better use of infrastructure, so provisions were included to prohibit practices that limit the ability to access poles. The Provisions shall enter into force on 1 January 2019. 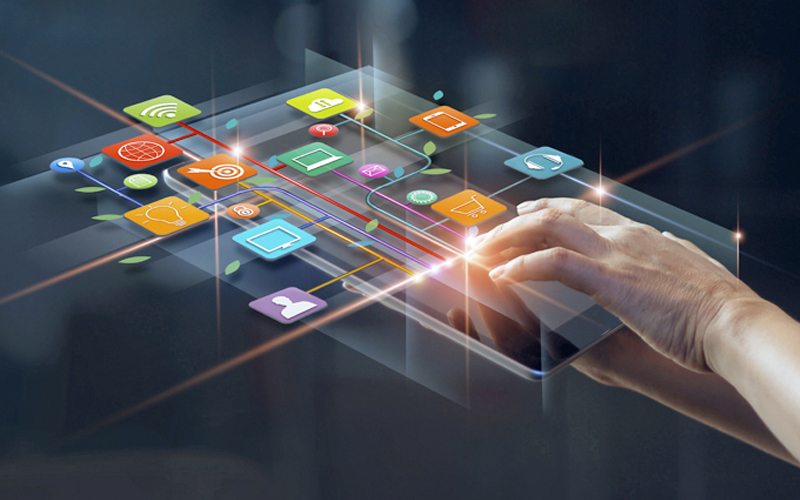 Draft of Mexican Standard on E-Commerce

The Ministry of Economy together with the Federal Consumer Protection Agency presented the draft of the Mexican Standard for self-regulation for those sellers who offer goods or services through electronic means.

This project attends the necessities of the ever-changing digital world and derives from the independence of the market, as well as from the commercial reality of electronic transactions, with the purpose of strengthening the country’s competitiveness.

The project focuses on the importance of protecting and providing security to economic agents (producers and consumers) and establishes mainly specifications, characteristics and conditions in relation to the following:

By virtue of this project, consumers will be able to identify online stores where they can make safe purchases.

The National Commission for Regulatory Improvement is currently evaluating the viability of the project, so that it can be submitted for public consultation and a ruling can be made in accordance with the Federal Law on Metrology and Standardization.

Finally, as this project is a voluntary standard, it will boost the competitiveness of companies and suppliers, as well as the safety, confidence and quality service in terms of the current legal framework.

Chapter 27 or “Anticorruption Chapter” of the United States-Mexico-Canada Agreement (“USMCA”).

One of the new topics of the United States-Mexico-Canada Agreement is the creation of a chapter for the regulation of anti-bribery provisions; chapter or subject that the former trade agreement, that is to say, the North American Free Trade Agreement (“NAFTA”), did not include.

In general terms, with the inclusion of anti-bribery provisions in the USMCA, the three countries that are part of such agreement, look forward to set measures in order to prevent and combat corruption in their investments and trade relations. It is important to mention that the scope of Chapter 27 is limited to measures to prevent and combat corruption in relation to any matter or subject provided in the USMCA.

Although the draft of Chapter 27 -as well as rest of the USMCA content- is under discussion in the congresses of each of the countries involved, the Ministry of Economy (Secretaría de Economía) has announced that the content of such chapter will principally cover the following topics:

(i) The obligation of the parties to maintain or adopt the corresponding measures for the protection of any person who, in good faith and on reasonable grounds, reports to the competent authorities, any facts regarding anti-corruption crimes.

(ii) The obligation of the parties to include or maintain in their legal frameworks, laws that punish the offering or solicitation of undue advantages to the public officials. Within this section, the figure of so-called “embezzlement” is included.

(iii) The obligation of the parties to adopt measures to provide adequate procedures for the training and selection of public officials in positions or jobs that are considered vulnerable to corruption, to promote transparency in public functions, to identify conflict of interests and to facilitate the reporting by public officials of any corrupt acts.

(iv) Commitment of the parties in order to promote enterprises to prohibit facilitation payments, as well as to adopt internal compliance programs.

(v) Strengthening for the cooperation among their respective authorities and to facilitate the exchange of experiences regarding the combat against corruption.

Even though Mexico has a legal framework addressing anti-corruption, it is still not entirely clear, if the Mexican government will have to carry out certain amendments in order to update the legislation in such matter (once USMCA is approved), since among other issues, our legislation does not provide protection for whistleblowers, as the USMCA probably will.

In any case, this Chapter will represent a strengthening for our National Anticorruption System.

In Acedo Santamarina we are ready to assist our clients with anticorruption compliance matters. If you have any questions please contact Andrés Acedo at aacedo@acsan.mx or +52-55-5950-2222.

Ratification of the International Labor Organization’s Agreement 98 by the Mexican Senate, regarding the Right of Association and Collective Bargaining

Last Thursday, September 20th, the Mexican Senate ratified the International Labor Organization’s (the “ILO”) Agreement regarding the Right of Association and Collective Bargaining, also known as the agreement 98 of such Organization (the “Agreement”).

Due to the ratification of such Agreement, the provisions contained therein will be considered as an existing and valid Law in Mexico. That said, some measures will be taken in order to increase the protection of union rights of the workers, regarding the right to freely organize into unions. That is to say, the workers will have an effective union freedom in order to choose which union they want to be affiliated to, without any interference of the employer in such decision.

Among its whereases, in order to ensure the effective union freedom of the workers, two principal obligations are to be taken by the employers:

On the other hand, the Agreement in its Article 2, provides that the workers and employers organizations must have an adequate protection against any act of interference in matters related to their constitution, operation or administration.

Additionally, it is established that union fees can only be paid to the unions by the workers, and it is essential that the employer rely on worker´s consent to be able to deduct and transfer such fees from the salaries and perceptions of the unionized workers. In other words, the payment of such fees must be voluntary.

Finally, it is important to mention that all Mexican legal provisions that are contrary to such Agreement will no longer be valid and shall be inapplicable. The provisions of the article 395 of the Federal Labor Law, which directly contradict the provisions of the Agreement, serve as an example of the foregoing. Said article provides that: “In the Collective Agreement, it can be established that the employer will exclusively accept as workers those who are members of the contracting trade-union…”, which is knowns as the “Exclusion Clause” of the Collective Labor Agreements.

Thus, different legal provisions shall be reformed un order to validate the provisions of the Agreement with the applicable legislation in Mexico, particularly, the Federal Labor Law. 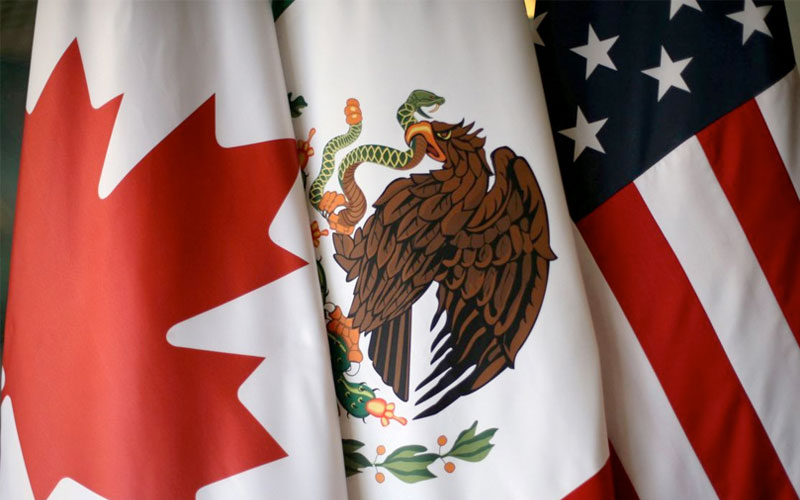 New Treaty between Mexico, the United States and Canada

On October 1st of the current year, a new agreement a between Mexico, Canada and the United States was announced, to replace the North American Free Trade Agreement (“NAFTA”). The name of this new agreement will be “USMCA”, as per the initials of each country that is part of it.

The draft agreement that is now under discussion in the congresses of each of the countries contemplates 34 chapters, which are listed below:

8. Recognition of the Mexican State’s Direct, Inalienable, and Imprescriptible Ownership of Hydrocarbons

As next steps, each country must submit the draft agreement for review and approval by their respective congresses with the aim of signing the agreement by the last day of November 2018. In the case of Mexico, the agreement must be ratified by the Senate, which is why the Executive sent the bill to the corresponding Senate committees for its analysis.

This news is favorable for our country since it concludes a stage uncertainty for the markets, which generated a brake on foreign investment into our country.

Mexico is a country with the most free trade agreements in the world and this allows access to millions of customers, however, NAFTA has been the most important so far for its volume of business. NAFTA was originally signed in 1992 and entered into force in all three countries in 1994.

This treaty has allowed Mexico to complement its economy with the productive processes of Canada and the United States and has facilitated the Exchange of goods and services which has led to the attraction of productive investments.

According to data from American Chamber of Commerce, Mexico exchanges with the United States about $2,600,000.00 billion dollars in products per day. Therefore, it was very important for Mexico´s economy to continue being part of this treaty with the countries of the North.

The signing of this new agreement ensures the permanence and increase of reign investment in Mexico. However, it presents new challenges for the country, as the agreement imposes certain commitments of Mexico to continue legislating to promote certain sectors. We will be reporting on progress in revising this new agreement and the impact it will have on each sector. 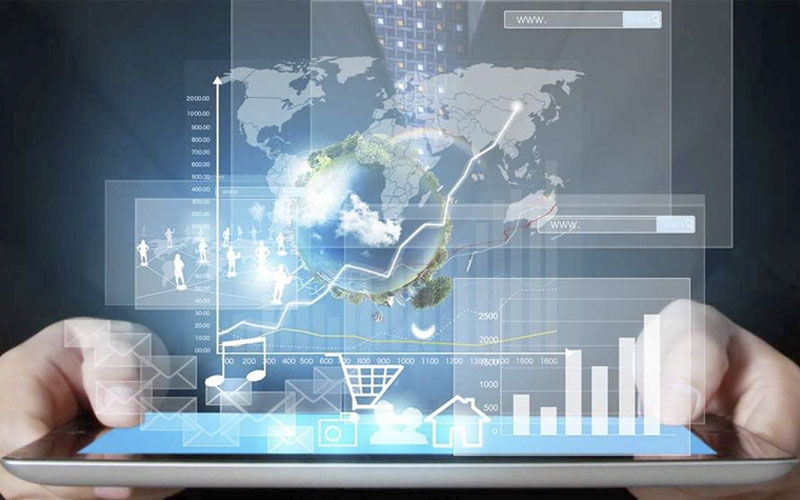 Secondary legislation to the Law to Regulate the Financial Technology Institutions (Fintech Law).

The Provisions seek to establish a regulatory framework applicable to the organization of Financial Technology Institutions (the “ITF”), as well as to the operation of the institutions of collective funding (better known as “Crowd funds”), in order to grant legal certainty and protection to the financial stability of their users.

Having said that, the Provisions regulate matters that are applicable to the ITFs, such as: (i) requirements to request its authorization; (ii) the minimum capital they must have; (iii) the limits of the reception of cash resources and transference of funds; and (iv) matters related to their accounting.

On the other hand, aspects related to the institutions of collective funding are regulated, such as: (i) matters related to the electronic record of risks; (ii) the methodology to evaluate, select and rate the applicants and the projects; (iii) the limits to the resources this institutions can held on behalf of their clients; (iv) the written powers of attorney (mandatos) and commissions they enter into; and (v) matters related to their Business Continuity Plan, as such term is defined in the Provisions.

Finally, the Circular has the purpose of securing the good functioning of the payment systems and the healthy development of the financial system, as well as to protect the interests of the general public, in a way that such Circular establishes a regulatory framework in order to take advantage of the benefits of the efficiency that the Institutions of Electronic Funds Transfer may contribute.  For this reason, the Circular establishes the requirements that these institutions must fulfil, specifically regarding subjects related to the issuing and administration of these Institutions.

At Acedo Santamarina we have a solid regulatory practice and we are ready to assist our clients regarding the operation of ITFs and the prevention of operations with resources from unlawful origin and the financing of terrorism. If you need more information, please contact Andrés Acedo at aacedo@acsan.mx or Laura Gabriela Castillo at gcastillo@acsan.mx.